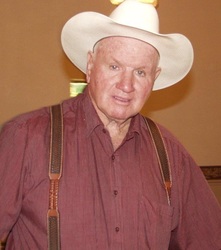 The following  Poem was written about ten years ago for Tom  and his  Great Grandparents.

He was just a young man, with dreams of going West
And he told his wife Sara "I know this will do us best"
So they  left Mississippi, With their wagon loaded high
And crossed the Red River, To  the Trinity in 1885
The land was green and pleasing, to the couples eyes you  see,
For this is where they both agreed, we'll raise our family.
The  children came one by one, Just as the couple planned
Worked  day and night,  through flood and blight, Each one a fine cowhand
Fast forward to the  present, There's not much different
Just horses and dogs, cattle and hogs,  All waiting to be fed
But a great grandson, working past the setting  Sun
Tells his children, what's in his head
"God's land precious and He  ain't making no more, So take good care of what you have, and He'll bless you  for sure.
You won't have lots of money,
And I can't say every day's sunny
But  I'm the richest man on earth,
I've been a cowboy since my birth."

By Cheryl Carter -
Dedicated to my Husband Tom Carter

When God created the horse, he
made them magnificent and strong.
His spirit was free, But his loyalty to man lasts from dusk till
dawn.
They can sense
your fear,confidence,and skill.
He will protect you, serve you and stomp predictors with their heels.
In the rainy cold days or the hot sweltering
heat.
He will perform
and work with a heart that knows no defeat.
Smarty was a champion, though he never entered the
ring.
He was the
perfect horse for me, he was the horse of my dreams.


But late one evening in
the early fall.
He
lowered his head and heeded God's call
I wept and I cried and I begged him not to
go
He laid his head in
my lap and breathed his last deep and low
I thought I would die, right there by
him
Then God
ministered to me as if watching a film
Smarty was running angelic and free
Yes I'll see him again,.... In
eternity 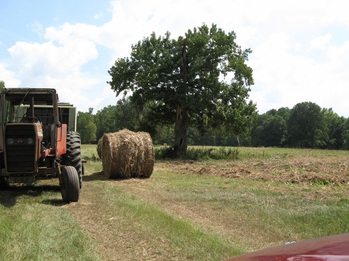